Open science is for many scientists still a statement rather than part of their scientific research and publication routine. To promote the practice of open science, and to inform the Dutch scientific community about the European infrastructural developments that facilitate open science, Data Archiving and Networked Services (DANS) organized an Open Day on Open Science on 21/03/2018 at DANS, The Hague, The Netherlands.

In between and after the discussions there was plenty of time to stroll down the DANS-lane and visit the DANS Information Market. As a relative “mature” branch on the EOSC tree, EOSCpilot received plenty of attention at this market. DANS employees, participating in several work packages of EOSCpilot, did manage to raise the interest of the audience while canvasing the emerging EOSC infrastructure. Clearly, the idea of a cross disciplinary system of systems facilitating open science, is an appealing thought to many. In the years to come DANS will nourish this growing open science interest, mostly in the context of the Dutch “National Platform Open Science”, and further spread the EOSC mission in many ways.

More information, including all the presentations from this day, is available here. 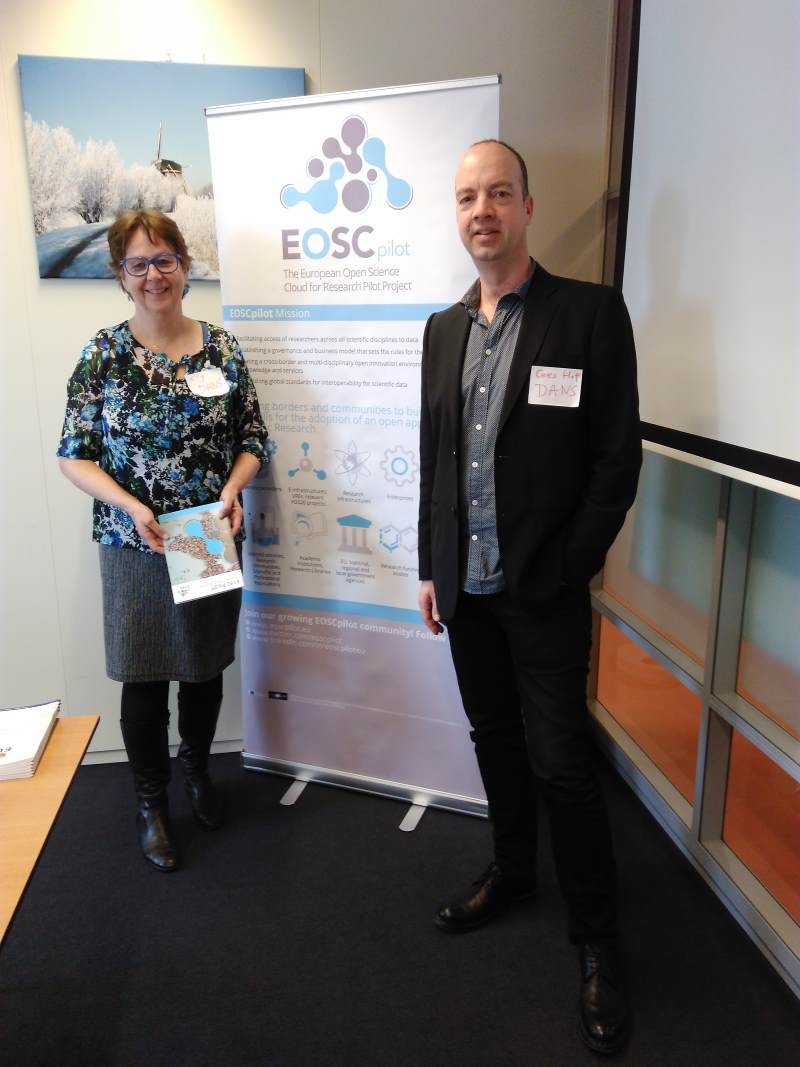